Unicorns don't exist, but Kirins do

Earlier this week, countless media outlets including NBC's the Today Show, NPR, and Time magazine were awash with rumors of unicorn sightings in North Korea.  No, this wasn't another Onion headline being mistakenly reported as fact, this was straight from the unicorn's mouth, North Korean state media that is.  It appears the English language version of KCNA reported that archaeologists in the country had successfully reconfirmed the existence of a unicorn lair that dates back to the Koryo kingdom. Unfortunately, they didn't have any pictures, but our imaginations provide better pictures anyway.

The story should end there right?  The ever reliable KCNA confirmed it. Case closed. Unicorns exist. Not so fast.

Apparently, the KCNA intern charged with the English translations may have made a mistake.  Thanks to some studious Korean speakers who viewed the original Korean version of the article, it has been confirmed that there was actually no mention of unicorns in the article.  The Korean version actually speaks of the existence of a Kirin's  lair (or Qilin). What's a Kirin some may ask?  That actually depends on which country you're in. Kirin enthusiasts, please forgive the simplified overview.

In China, a Kirin is often depicted as a large hoofed animal with a head resembling a dragon.  The depiction changed slightly more recently during the Qing dynasty in which the body took on a more deer-like shape. 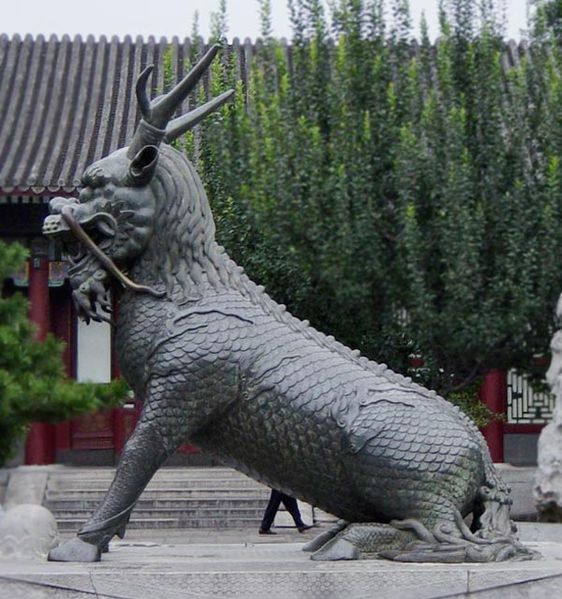 In Japan, they even named a beer after the Kirin.  21 and over readers may be familiar with Kirin Ichiban beer which pairs quite well with Sake.

kind of does look like a unicorn, doesn't it?

In Korea, the Kirin is described as deer shaped creature with an ox tail and horse hooves. 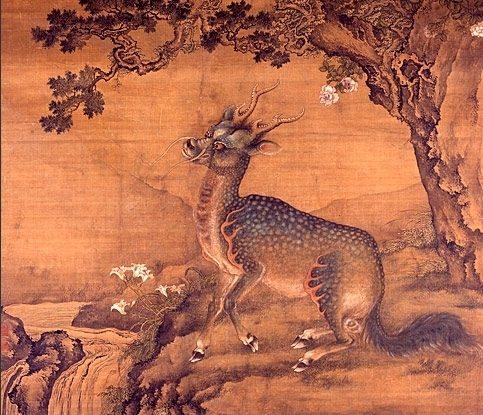 definitely not a unicorn

Clearly, a Kirin is not the same thing as a unicorn. In fact, there is a word for unicorn in Korean pronounced ilgaksu which means one horned creature.  Unicorn "truthers" will have to search a little further.

The story doesn't end there.  There are two additional interesting pieces of information from the KCNA piece.

First, Kirins don't just appear willy nilly.  Legend has it that Kirins are prone to appear upon the arrival or the passing of a great leader.  They also are said to appear only in areas ruled by wise and benevolent rulers.  Given that this month marks the one year anniversary of the passing of Kim Jong-il and the rise of Kim Jong-un, the timing of this story is likely no coincidence.

Secondly, the reference to King Tongmyong, the purported master of the unicorn/kirin, is quite interesting.  The legend of King Tongmyong states that he founded the Koguryo kingdom and that his unicorn/kirin lived in a site called Kiringul. The implication of this article appears to be that the discovery of the lair in the outskirts of Pyongyang would suggest that Kiringul was located in present day Pyongyang.  The suggestion here appears to be that this discovery would suggest that Pyongyang was the ancient capital of Korea rather than Seoul or another location.  Now that is some impressive propaganda, true or not.

One final theory, given all this talk of unicorns and kirins, is that Kim Jong-un may have signed a promotional deal with Peter Jackson to drum up interest for the upcoming Hobbit trilogy premiering next week.  Perhaps Pyongyang was also the capital of Middle Earth.

In both Japanese and Korean, "kirin" also means giraffe. http://ko.wikipedia.org/wiki/%EA%B8%B0%EB%A6%B0 Clearly giraffes are indigenous to North Korea. That's why they have them at the Pyongyang Zoo. Unless of course they chopped them up into meat for export:
http://www.thinkgeek.com/product/e5a7/