Recently, North Korea watchers have been scratching their heads over contradictory claims about how much China’s trade with North Korea has increased (or not). Are the differences a result of quoting the changes from quarter-to-quarter over year-on-year; quoting them in RMB vs. the dollar, or is the issue a result of some adjustments that Chinese customs appeared to have made with respect to commodity prices? My simple-minded take on this issue of the trade trends is contained in this first table, which when controlling for seasonality doesn’t appear to show anything that dramatic: a general upward trend from 2009 through 2013 and a general slowdown since. 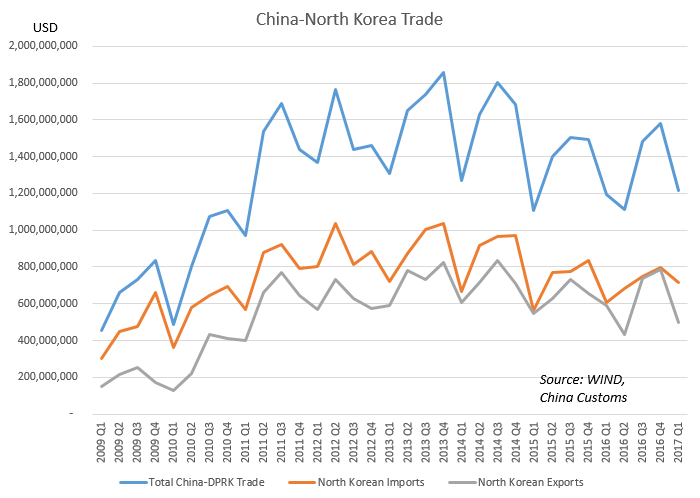 But this hides the much more interesting question of what is happening to the bilateral trade deficit, which is shown in the second figure below. Here is my interpretation of how this unfolded in several stages: 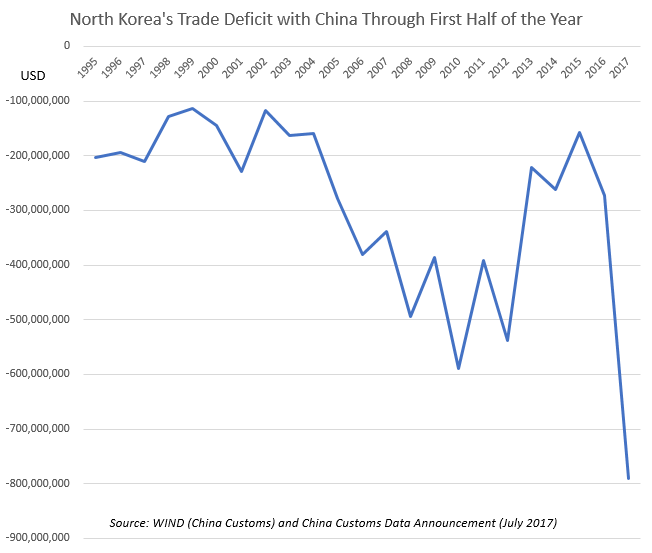 The real question is how such a whopping deficit is being financed. Here are some theories: others welcome in the comment section:

Clearly, these are not mutually exclusive and it could be some mix of the three. But I will say it once again: things are fine until they are not, and when they are not, things can unravel quickly. I continue to believe that there is some possibility that Kim Jong-un is miscalculating his external financial position and that sanctions or just general political risk aversion could lead to an external financial crisis.

The indicators to watch: food and fuel prices (which would rise) and the black market exchange rate (which would depreciate). Keep your eyes on the NKNews fuel price tracker here and for the exchange rate and food, our friends at DailyNK market trends here. It is too soon to say that anything dramatic is afoot yet. But it is nonetheless interesting that the trends in food prices—although affected by the time of year—are moving in the predicted direction as is the black market dollar exchange rate, if ever so slightly.