Nearly All US Trade Deals Were Negotiated, Signed, and Implemented by Republicans 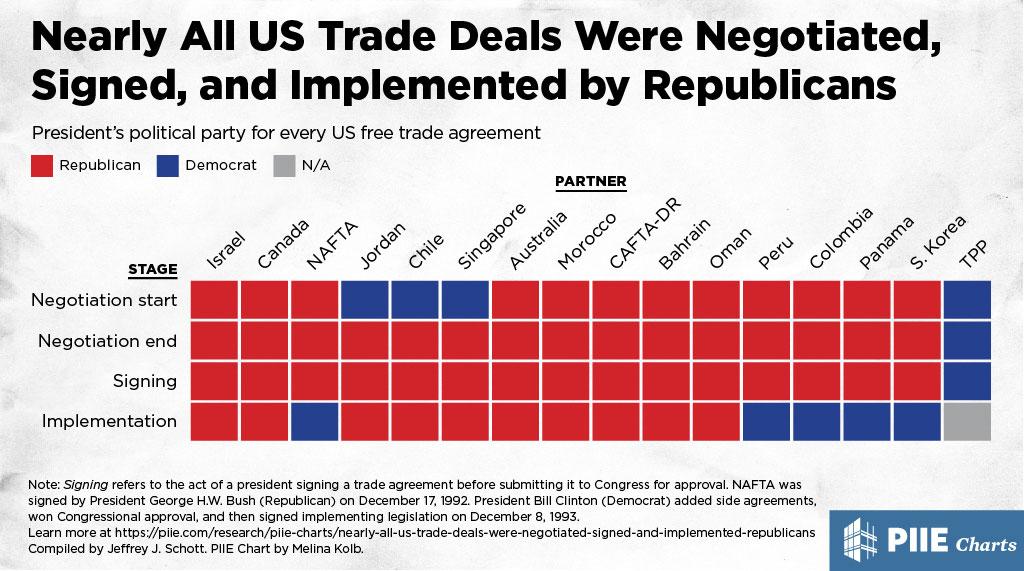 Contrary to an assertion made by President Trump on August 14, 2017, that Democrats were responsible for “some of the worst trade deals in World History,” almost all US free trade agreements were advanced by Republican administrations.

The Obstructionist Democrats have given us (or not fixed) some of the worst trade deals in World History. I am changing that fast!

Rebuild the Trans-Pacific Partnership back better

The US retreat from East Asia is costly